Anne and Otniel on her first visit to his village, Emberá Purú 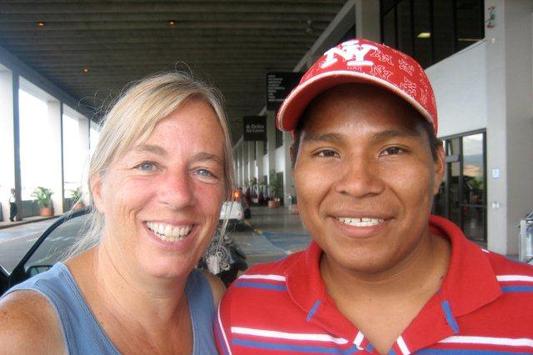 Anne and Otniel are eager to share their world with you.

Anne was born in California and raised in the Pacific Northwest of the United States.  She spent much of her childhood exploring the local beaches, forests and boating with her family in the San Juan Islands.  She studied biology and animal behavior in university and her first job was as a zookeeper at Seattle's Woodland Park Zoo. After several years at the zoo, she began her own company, Animal Advocates, to raise and train wild animals such as a Bengal tiger, wolf, raccoon, cougar, etc. to do public outreach educational programs to teach a respect and awareness of wildlife.

One fateful day she was hired to work on a movie that was filming in Panama and had hired many actors from the Emberá tribe to work on the film.  Anne had no idea what was about to happen when she arrived in Panama, in January 2004, to train the animals for the film.  She met many people from the Emberá tribe on the movie set and despite the fact that she did not speak Spanish, she was deeply touched by their gentle nature, open hearts and welcoming attitudes.  She spent a few weekends in some of the villages and loved every minute immersed in their culture.  Then, she met one young Emberá man, Otniel Barrigón, and her life was changed forever.

Anne and Otniel spent time together, and despite the language, cultural and age differences they fell in love and were soon planning how they could be together after the film was wrapped.   By November of 2004, Anne had packed up everything she owned and flew to Panama to begin her new life with Otniel and the Emberá tribe.

As she spent time in the village with Otniel and his family, as much as she loved her new life, she realized she needed to find a way to earn a living too.  She watched tours coming out to the village and thought, "I could do that!" and Emberá Village Tours was born.   With Anne's unique perspective as a foreigner, she understands exactly what her clients are interested in learning about the Emberá tribe and as a member of Otniel's family and his tribe, she can share intimate experiences and knowledge about the Emberá culture, beliefs and way of life.

Anne loves to share her Emberá friends and family with others and feels that the Emberá have the quality of life the rest of the world is searching for by valuing family and community above anything else. She looks forward to having the opportunity to share the Emberá with you too.  It will be a truly unforgettable experience.

Anne on her first visit to an Emberá village. 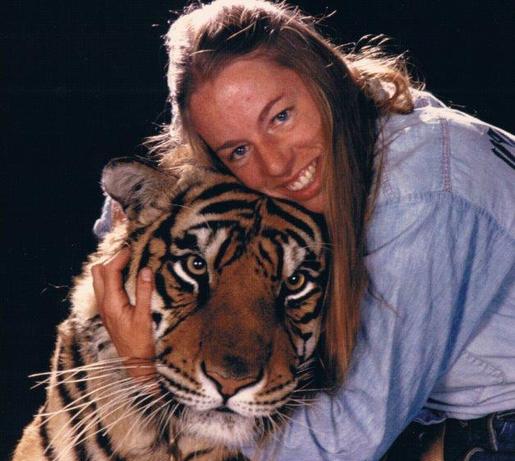 to learn more about going to meet Anne's Emberá family. 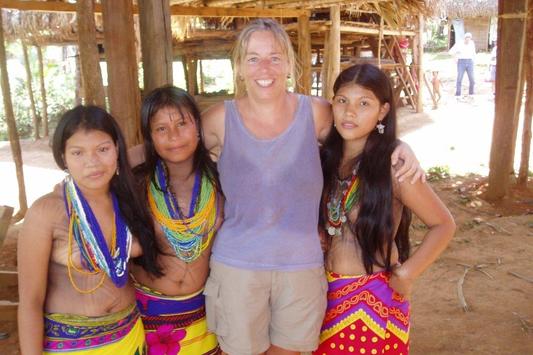 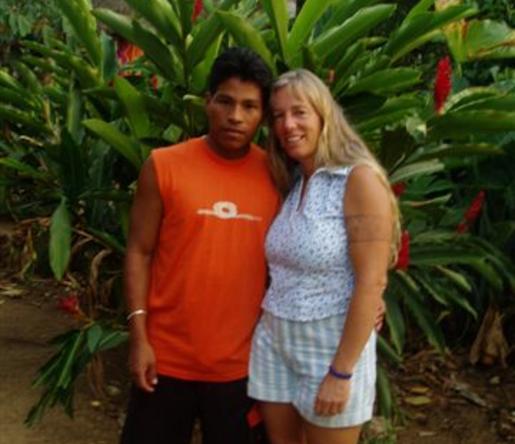