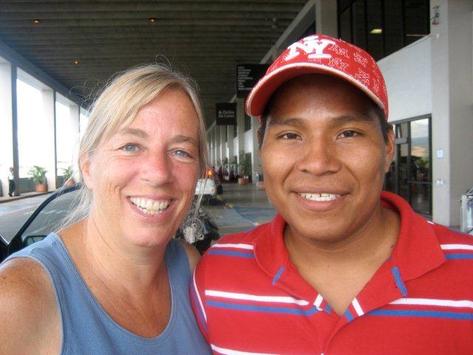 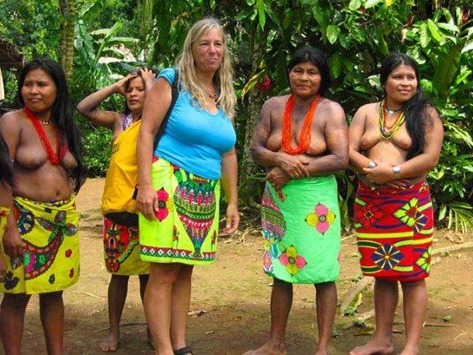 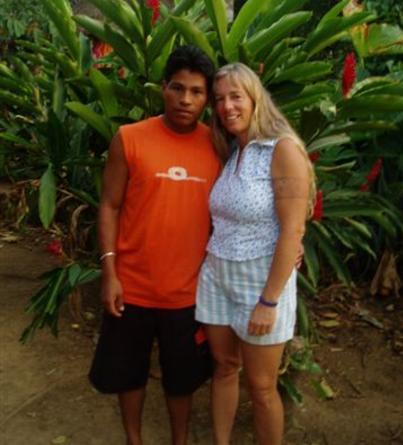 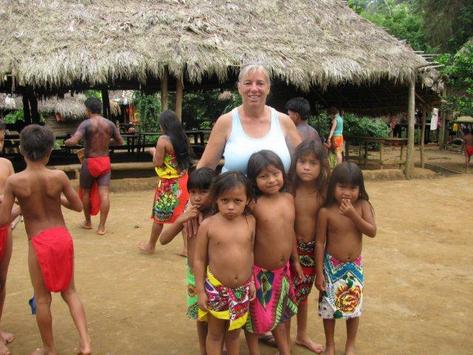 Anne Gordon came to Panamá in January 2004, as a film animal trainer to work on a movie that had hired the Emberá people as the actors.  While working on the film, Anne got to meet and hang out on set with many of the Emberá people and spent some weekends out in their villages. She was touched with how warm and welcoming the Emberá people were.  She felt completely at home when she was with them.  Then she met one of the Emberá men, Otniel Barrigón and despite their language and cultural differences, they fell in love.

After 4 months Anne completed her work on the film and reluctantly returned back to her home in the US.  She returned to Panamá often to visit Otniel and by November 2004 she had packed up everything she owned and moved to Panamá to be with Otniel.

Anne and Otniel were happy exploring their new lives together, but Anne was worried about how she would earn a living as there was no film industry in Panamá to keep her employed as she had been in the US.  Anne observed tours coming out to the village and soon realized that with her unique perspective as both an outsider from the USA as well as an insider, being married into the Emberá family and culture she could work as a tour guide to bring groups to the village.

Anne worked for a year as a freelance tour guide for other companies and had a lot of fun, but it wasn't enough income for them to live on.  She decided to make a website and offer her own tours.  Hence EmberaVillageTours.com was born in 2006.

Anne loves to share her Emberá family and friends with others. She enjoys sharing her insights into the culture and is not shy about telling her personal story with visitors.  In her opinion the Emberá have the quality of life the rest of the world is searching for and is thrilled to be able to let the warmth of the Emberá touch the hearts of all who take a tour with us.